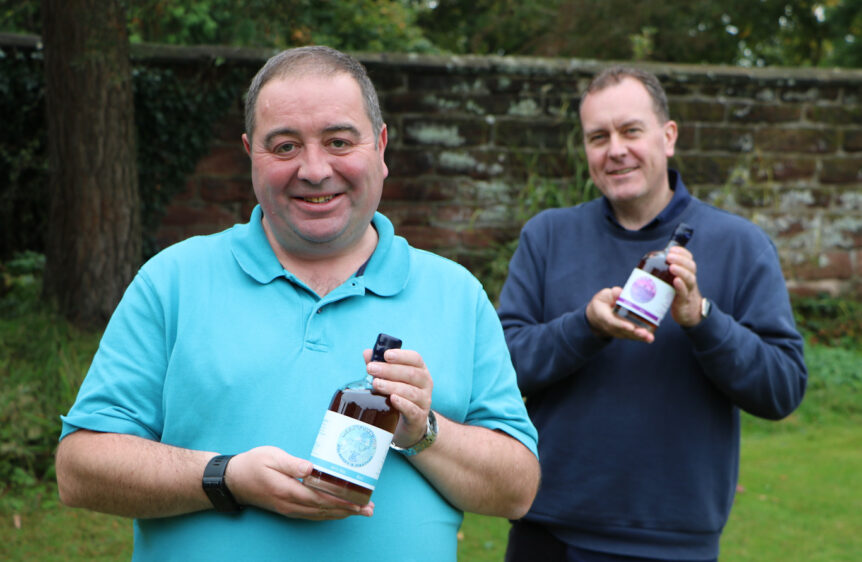 A gin celebrating Leek and Leek Town Football Club is back on sale following a successful launch in 2019 when it sold out before Christmas.

This year a single batch of 152 bottles of the gin has been produced and is already well on the way to selling out.

The gin was the idea of Leek Town FC fan Dave Swarbrook who said: “It all started with a conversation last year with Leek Town Chairman Jon Eeles. We had put together beer packs for the previous two Christmases and thought it would be a good idea to capitalise on the popularity of gin. In 2019 we produced three batches but decided on a single larger batch this year, so when it is sells out that will be it until this time next year.”

The gin is produced by the Papermill Distillery at Staffordshire Brewery in Cheddleton. Base gin is blended with black mulberry, mulberry leaves, and heather botanicals. Mulberry relates to the silk industry and heather being indigenous to the Staffordshire Moorlands, as depicted in the Leek Town coat of arms.

The label is designed by Leek based artist, Gavin Bowyer, with individual label designs for Leek Gin and Leek Town Gin.

Bottles can be purchased from The Blue Mugge, Brewce’s Craft Ale on Stanley Street and Wine and Whiskey on Russell Street, with all profits going to Leek Town Football Club.

Leek Town FC chairman Jon Eeles added: “It’s a great story with the Leek Town gin label featuring former Chairman Geoff Harrison holding the Leek Cup in the early 1970s when Leek Town won seven of eight local trophies. The profits are also a real boost to our work to make football accessible to everyone in the local community.”