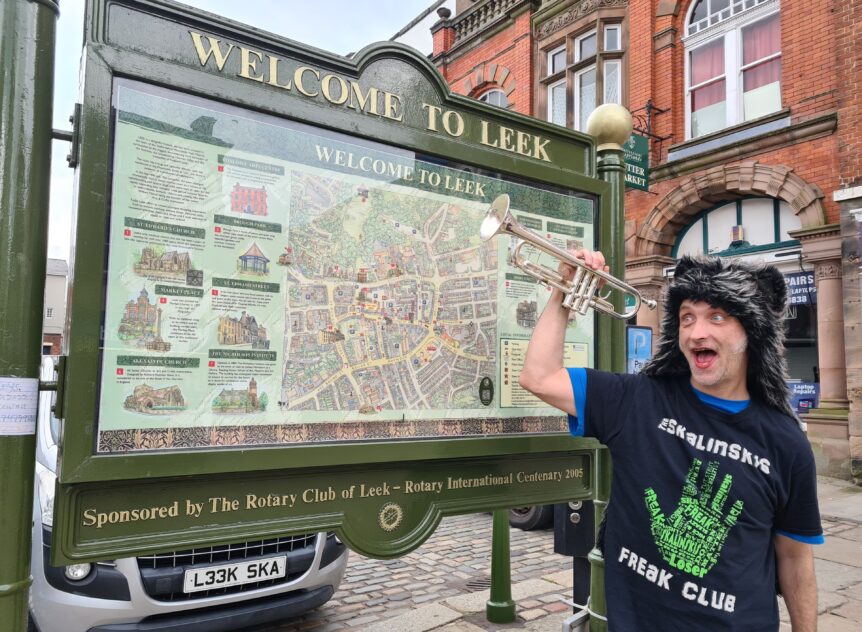 Ska is set to hit Leek again in May following an extended break due to the Covid pandemic.

There will be two days of gigs in 2022, Ska Day on Saturday 14th May and Ska-lloween on Saturday 29th October.

There are four bands playing in two venues on 14th May and the fun starts at 3pm at the Cock Inn on Derby Street with sets from the Alcohol Licks and the Skalinskis and continues over the road at the Roebuck from 7.30pm with Roots to Nowhere and Herby Jack. Admission is free at both venues.

In 2019 the inaugural Leek Ska Festival followed and subsequent ‘Christmas Skank’, were both sell-out events so organisers are expecting this year’s events to be equally popular.

Leek Ska is the idea of local musicians Jamie Sufi-Davies and Mark Rooster from Stoke based band the Skalinskis and local event organiser and fundraiser, Dave Swarbrook.

Ska music, seen as a precursor to reggae, originated in Jamaica in the late 1950s combining elements of calypso, jazz and rhythm and blues. By the 1960s it became popular with British mods and saw a revival in the late 1970s with the 2Tone movement characterised by bands such as The Specials and The Selecter.

Jamie said: “In the last few years, accelerated by social media, a network of bands from across the UK has got to know each other, collaborated on gigs and festivals, and re-established a vibrant and growing ska-scene.

“Ska music is about authenticity, multiculturalism and inclusion. A reaction to things that are happening without the aggression of punk. Ska kicks back with danceable songs with a message and by creating a party atmosphere wherever it is played.

“I’m looking forward to playing in Leek again, the people here really appreciate the music and know how to have a good time.”

Details of Ska-lloween, to be held at the Foxlowe Arts Centre, will be finalised later in the year.