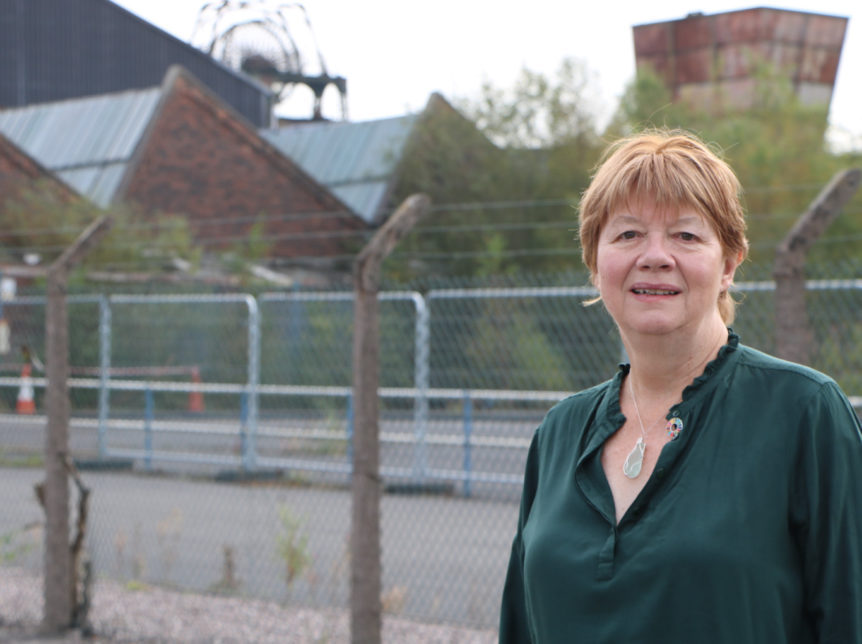 An interview with Joan Walley

Although her 28 years as an MP for Stoke on Trent North came to an end in 2015, life seems to be as busy as ever for Joan Walley.

As Chair of the Aldersgate Group and an Honorary Fellow of the Institute of Environmental Sciences (IES), Joan has carried on where she left off after Parliament, in her passionate pursuit of the climate change agenda, working with business, NGO’s and pressing the Government to achieve carbon neutral status for the UK by 2050.

During her years in office, Joan acted as Shadow Spokesperson for Transport (1990 to 1995) and Shadow Spokesperson for Environment, Food and Rural Affairs (1988 to 1990). As a leading champion of environmental policies within parliament, she made a significant contribution to the promotion of environmental science and sustainability, raising the profile of issues such as climate change, sustainable transport and renewable energy.

In June 2010, Joan was elected as Chair of the Environmental Audit Committee by the House of Commons. During her time as Chair, the Select Committee produced approximately 45 reports from publications on the impacts of neonicotinoid pesticides on bee populations to recommendations for safeguards which should be in place to allow fracking.

In 2015, Joan became Chair of the Aldersgate Group, a politically impartial, multi-stakeholder alliance championing a competitive and environmentally sustainable economy. Through political engagement, evidence gathering and policy development, they advocate the business case for decarbonising the UK economy, improving resource efficiency and investing in the natural environment.

She was elected as an IES Honorary Fellow in December 2016. The IES is a charitable organisation which promotes and raises public awareness of environmental science by supporting professional scientists and academics working in this crucial arena. As a seminal environmental sciences organisation, founded in 1971, the Institution is consulted by the Government and other interested parties on environmental issues. The Institution has strong ties with higher education and promotes and supports environmental science and sustainable development in universities and colleges in the UK and internationally. In addition, they see a priority for sustainability to be part of the curriculum from the start of the education journey at primary school continuing through to school leaving.

In 2017 Joan chaired the IES annual Burntwood Lecture where the guest speaker was Bevis Watts, MD of ethical bank, Triodos Bank UK and acted as guest editor of an edition of the IES Journal in 2019.

Asked whether she thought environmental science was high enough on the Government’s agenda Joan said: “Well-developed, ambitious and properly enforced environmental regulations make good economic sense.  I welcome the Government’s amendments to the Climate Change Act (2008) to set target net-zero carbon emissions by 2050, but this needs to be matched by positive actions. We know that ‘ Business as usual’ is no longer an option.

“We are currently on our fifth carbon budget which aims for a 57 per cent carbon reduction from 1990 levels and we need to ensure that the proposed sixth carbon budget is targeting a 100 percent reduction.

“There have been some positive actions locally particularly from Keele University whose declaration of a climate emergency, on the day that the University welcomed Sir David Attenborough to formally name the new state-of-the-art teaching and research laboratories in Life Sciences, is backed up with real solutions and an inclusive culture aimed at students, staff, business and the wider community.”

The University is transforming its campus into a unique ‘living laboratory’ replicating a small town, to drive the clean energy transition required to achieve the UK’s climate change commitments. Landmark projects include HyDeploy, the first practical experiment in the UK involving blending hydrogen with natural gas, and the largest single, integrated electricity and heat Smart Energy Network Demonstrator (SEND) in Europe. Its consultants are also working to support an ‘Eco Burslem’ initiative to get local small businesses including Port Vale FC to sign up to greener policies.

Joan added: “The Stoke on Trent City Council District Heating System is also a great initiative; however, we need to be much more ambitious locally if we are to drive future prosperity. The declaration of a climate emergency by each of our local authorities is an excellent start, but only if they lead by example and prioritise, backing this up with full transparency, measurement and disclosure, and can support local stakeholders to take positive action under a unified approach.

“It’s all about working in partnership and I see the Stoke on Trent and Staffordshire LEP and the 2020 Industrial Strategy as key to the local climate change agenda, determining investment as we transition from reliance on fossil fuels. I also believe that the Chamber will play an increasingly important role as it is the voice of business locally and as part of the British Chambers of Commerce.

“We need to urgently gather momentum from the progress made to date, pursuing the mantra that valuing natural capital needs to be at the heart of Government policy.”