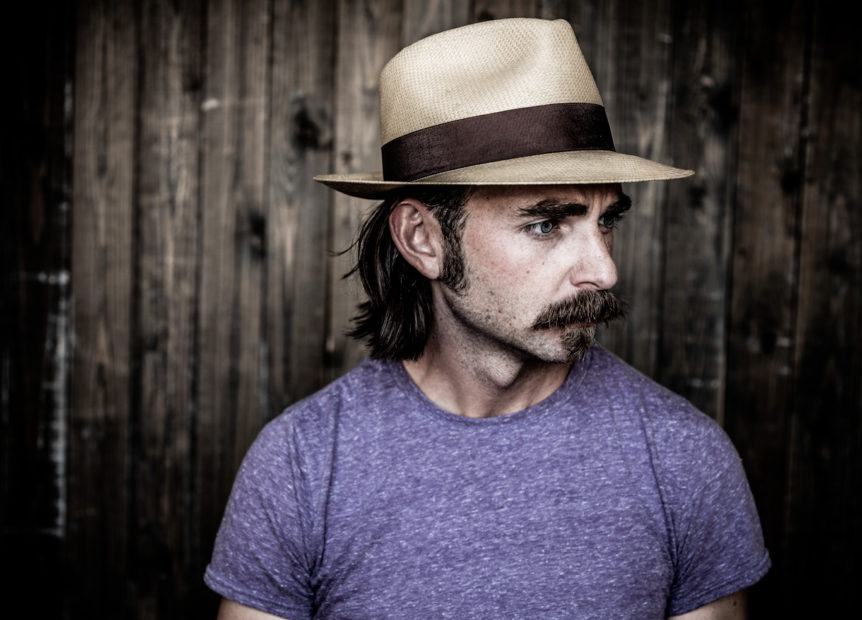 It may be cold outside, but Leek pubs and bars are set to warm up with a mini festival organised by the people behind the Leek Blues & Americana Festival.Dubbed as the ‘Leek Blues Winter Warmer’ it features a range of local, national and international touring artists.
Co-organiser JR Mountford said: “The Leek Blues Winter Warmer is the EP to the October festival’s double album. We’ve got some fantastic acts coming from as far away as Nashville and Norway as well as local talent from Leek.
The headline act is Nashville based, Sam Lewis, playing a free gig at the Old Mill Smokehouse at 7.30pm tonight. Sam has collaborated with everyone from Leon Russell to The Wood Brothers and  has been dubbed ‘a modern Townes Van Zandt’.
Leek’s Deadbeat Damsels will be at Beerdock from 6pm tomorrow, followed by a Leek Blues Acoustic Session – hosted by the voice of the festival Mike Gledhill – at the Cock Inn from 8.30pm.
American-born Leek singer-songwriter Helen Walford, right, will take her ‘Singer -Songwriter Circle’ to the Old Mill Smokehouse at  7.30pm on Friday.
That same evening, Mike Ross plays the Roebuck at 8.30pm. His new album, The Clovis Limit Pt.1, recorded in Nashville refers to the earliest Native American penetration of the New World, before “trains and tall ships on unquiet seas ripped newer trails”.
Brewces has a triple bill on Saturday from 5.30pm, starting with Jim Mcshee, who played at the very first Leek Blues Americana Festival; followed by The Bruces; and festival favourites, Barrelhouse Jukes.
The Cock Inn continues to live up to its image of being Leek’s answer to House of the Blues, hosting The Four Kings Blues Band at 9pm on Saturday night, while you can also catch Reefy Blunt & The Biftas at the Roebuck.
Co-organiser Dave Swarbrook said: “Many thanks to the venues that have contributed to this event. All the events over the winter warmer are free to view but not free to do and we hope that we see many of you there supporting the artists and host venues”.
There are two Americana gigs at the Foxlowe Arts Centre with  Nashville based, The Grahams on March 27 (£12.50) and Jeffrey Foucault on April 4 (£12.50).
Foucault is an American songwriter and record producer from Wisconsin, whose work marries the influence of American country, blues, rock ‘n’ roll, and folk music.
In March, old friends to the Leek music scene from Norway, Nilsen’s Southern Harmony return perform tracks from their new album, Coastology, on a nine-day tour starting and ending in Leek.
They’ll play at the Cock on March 26  and the Roebuck on April 5.