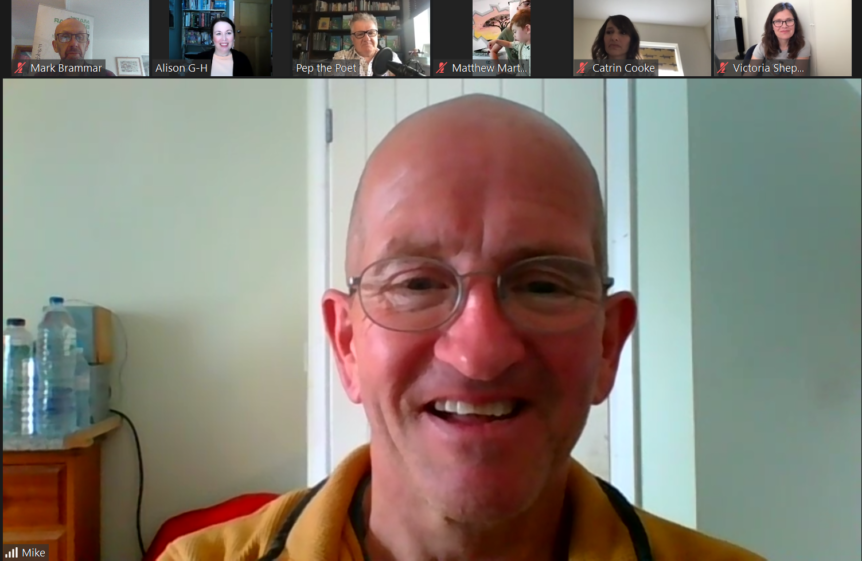 A select small group of business owners from across Staffordshire had a special treat when they were invited to an audience with former Olympic ski-jumper, Michael ‘Eddie the Eagle’ Edwards.

Edwards shot to fame in 1988 at the Calgary Winter Olympics, where he represented Great Britain in the 70M and 90m events, becoming the first person to do so since 1928.

He came last in both events but became a global phenomenon due to his tenacity and ‘have a go’ spirit.

“There is nothing I like better than proving people wrong.” said Edwards. “Growing up I had middle-child syndrome. My older brother, as first born, could do no wrong and my younger sister was the daughter my mother always wanted after two boys. This meant I had to fight to get noticed.

“I was always the daredevil in my group of friends. I was the one who would climb high into a tree or shimmy up on to a neighbour’s garage roof and jump off.”

“We had a ski-slope in Gloucester near to where I grew up. My love of skiing combined with my have-a-go attitude led to my ambitions to represent my country in the Winter Olympics. I remember my first ever ski jump, I ended up in someone’s garden. Rather than put me off this spurred me on. The more people said I didn’t have a chance, the more determined I became.”

Edwards has certainly lived his life to the full, touring the world recounting his escapades, releasing a single which got to number two in Finland, having a biopic made of his life starring Taron Egerton and starring in TV reality show, The Masked Dancer, as a rubber chicken!

The online event was the idea of Aly Davidson, start-up advisor at Staffordshire Chambers of Commerce.

Aly said: “I’m a positive, optimistic person and I feed off other positive people who follow their dreams, often through adversity. I have been in this job for a year, and I handpicked the 18 people who attended today because I knew they would all identify with Michael and draw further inspiration from his story, his determination, and his genuine love of life.

“Many are at an early stage in their new business ventures, and they are all drawing on previous life experience to follow their individual dreams.

“This was the first event of this type I have organised, but it has also inspired me to put on similar events so that more of what I call my ‘dream makers’ can feed off positive role-models to help achieve their goals.”

If you are thinking of starting your own business or just want to talk over an idea you can call the Staffordshire Chambers of Commerce on 01782 202222 or email: start@staffordshirechambers.co.uk